Kashima no Tachi is the name given by Inaba sensei to what he teaches. The techniques derive from Kashima Shinryu which is an older traditional Japanese martial art (koryu), of which we concentrate on the kenjutsu (sword) techniques. Kashima Shinryu developed during Japan's turbulent mediaeval period, and its teachings are believed to be the core of Japanese martial arts. Swordsmanship helps develop well aligned and clearly focused movement, with power and subtlety. It also develops "ma-ai" - judgment of distance and accuracy of timing, which complements the study of Aikido although there are philosophical differences which require investigation and understanding. 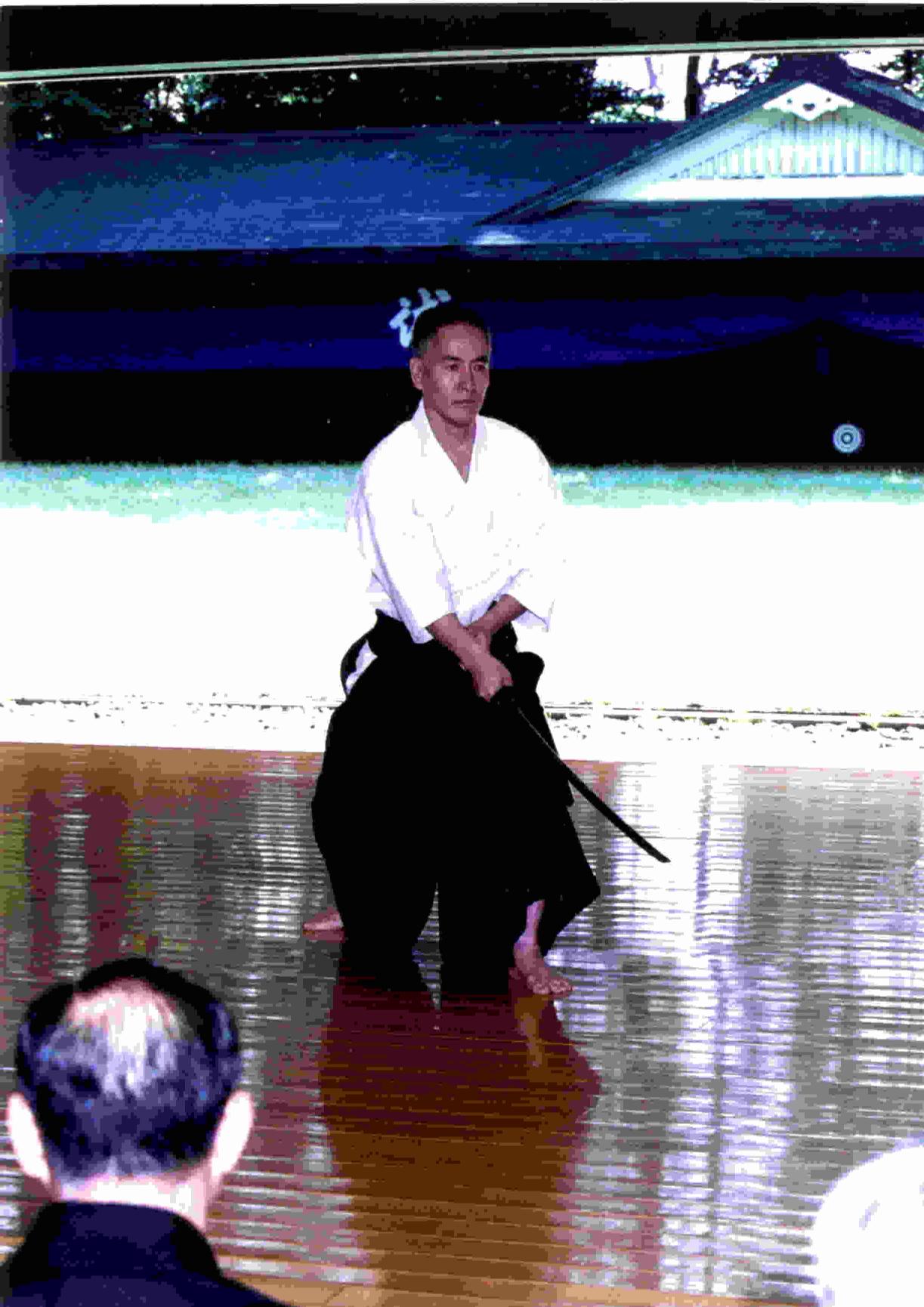 This Japanese martial arts school has a history of hundreds of years. It was revitalised by Kunii Zen'ya, the 18th generation headmaster of Kashima Shinryu who died in 1966.

Our line of teaching is through Inaba sensei, the who was fomerly Kancho (Director) of the Shiseikan (and since his retirement is Meiyo Shihan), located in the Meiji Jingu shrine in Tokyo (one of the most important shrines in Japan). Inaba sensei studied directly with Kunii Zen'ya for a year and a half before his death. Inaba sensei is authorised to teach Kashima Shinryu Kenjutsu, but he is not part of the Kashima Shinryu Federation of Martial Sciences. In the view of some third parties, Inaba Sensei's understanding and demonstration of Kunii Sensei's teaching is unparalleled. While teaching under the name Kashima Shinryu for many years, Inaba sensei decided to rename his art Kashima no Tachi (sword of Kashima).

There is an excellent interview with Inaba sensei at the Aikido Journal online magazine (you will need to subscribe to read the article).

We focus mainly on then five sets of sword techniques using bokken (wooden swords, also known as bokuto) and fukurojinai (leather covered bamboo swords), although battojutsu (sword drawing) is also studied, as well as other weapons including jo and bo (yari or spear), and some of the specific Taijutsu techniques.